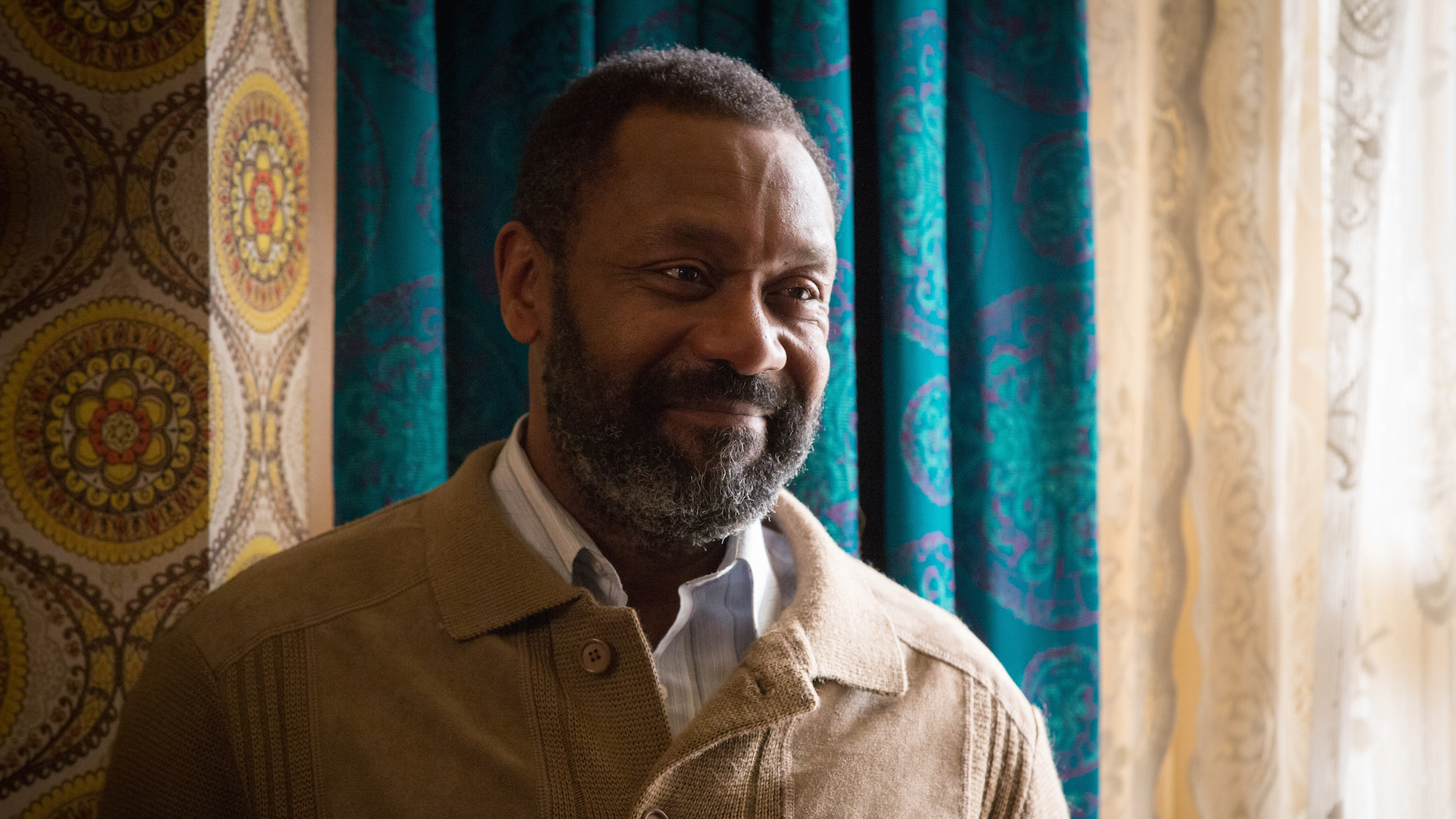 Welcome to Inside Red, a series of exclusive interviews with actors, writers, directors and the other talented people who create the Red shows you love. Today we’re talking to Lenny Henry, who not only wrote the semi-autobiographical ‘Danny & The Human Zoo’ for BBC One but acts in it too.

RED: What’s the history of this project?

LENNY: I was on tour with a show called “Cradle to Rave’, a music show that incorporated elements from my life and my love for soul music. There was a sequence near the end of part one where my mates Greg Stokes, Mac Cooper and Martin Thomas were exhorting me to get up on stage at the Queen Mary Ballroom. Part one ended with me singing Jailhouse Rock – the big weapon in my arsenal. I could do a pretty good Elvis at that age. Nicola Shindler of Red Production Company came to see my show and invited me to her offices to discuss ideas for projects. Having recently graduated from Royal Holloway with an M.A. in screenwriting, I had lots of high concept movie ideas: ‘Yeah, it’s about a snowman who doesn’t like the cold’ or ‘Yeah, it’s about a dude who dies and comes back as a cockroach’ type things… Nicola steered me towards telling stories about my life. She thought the real stuff, the moving stuff, was where it was at.

RED: Why did you feel that this was the right time to tell this story?

LENNY: Well, at that time, I decided to create a four part TV series about a kid called Danny who was a bit like me in that he had talent (except in early drafts he was a musical prodigy) and that he could go all the way if he could avoid a) signing a dodgy contract and b) cope with his chaotic family. Polly Hill at the BBC said (rightly) that perhaps the story should be closer to my own – he should be a comedy impressionist and he should be in line for an appearance on a talent show called New Faces. The other stuff about my parents and their story came naturally though the development process. It’s definitely the time to tell this story. I’m 57 – maybe I haven’t got that long left. Some stories know when they need to be told.

RED: What made you choose to filter your experiences through the fictional character of Danny, rather than making it strictly autobiographical?

LENNY: I felt that ‘Danny & The Human Zoo’ was an opportunity to tell a story similar to mine. I also felt that people were fairly similar with Lenny Henry’s story, so I wanted to do something that would surprise them (i.e. have Danny spend one season with the minstrels unlike my five years/give Danny a Jiminy Cricket style conscience in the shape of Cherry). Rather than actually tell the Lenny Henry story, I was intrigued by the idea of creating a parallel universe – an Earth 2 where a kid called Danny wins New Faces, but screws up and ends up in a minstrel show, and finds out things about his origins in the meantime and also discovers an escape route from that show. Neil Gaiman told me to create this doppelgänger in order to distinguish my story from his. It also meant that I could rewrite things and also enjoy some wish fulfilment. The film is full of things that I wish I’d said, moments that I wish had happened. That’s drama – real life with all the dull bits rewritten or omitted completely.

RED: How did you find the experience of playing Samson, a fictional counterpart to your own father?

LENNY: Playing a version of my father was extraordinary. I had no idea how emotional some scenes would be – the scene where Samson tells Danny not to sign the contract for me, because my parents did not intervene with my contract signing. The scene where my mates come to Blackpool and criticise my choices did not happen. The scene where Danny talks to his father at the canal did not happen. I think what was great about playing Samson was that Danny was able to have a relationship with his mom and dad that in many respects I never had.

RED: The film reaches a natural conclusion, but you’ve got decades of life experience left to draw upon. Can you see yourself continuing this story?

LENNY: Sure. I’d love to – but I’d have to be very careful about which bits of my life story I would tell next. I reckon I could do into the eighties next…

RED: How do you think your career would be different if you were starting out today?

LENNY: I loved music back in the day, and I think that would still pertain today. If I was 16 now, I’d probably be rapping for my friends and rhyming punchlines and doing silly voices and stuff. I’d be making tunes in my bedroom and making mixtapes – maybe filming myself on my phone and uploading bits of stuff onto YouTube and Snapchat etc. Young people have got so many outlets for their talent now. They don’t have to wait for someone to give them an opportunity. Now if you can sing or play or be funny you can film yourself and upload yourself onto the internet and build an audience from scratch. Look at Bo Burnham or Mandem On The Wall… Young artists with a following and very little terrestrial TV exposure.

LENNY: Walking onto the set of the Fearon household on the first day and smelling red pea soup like my mum used to make. I got chills and goosebumps all at the same time. Wonderful.