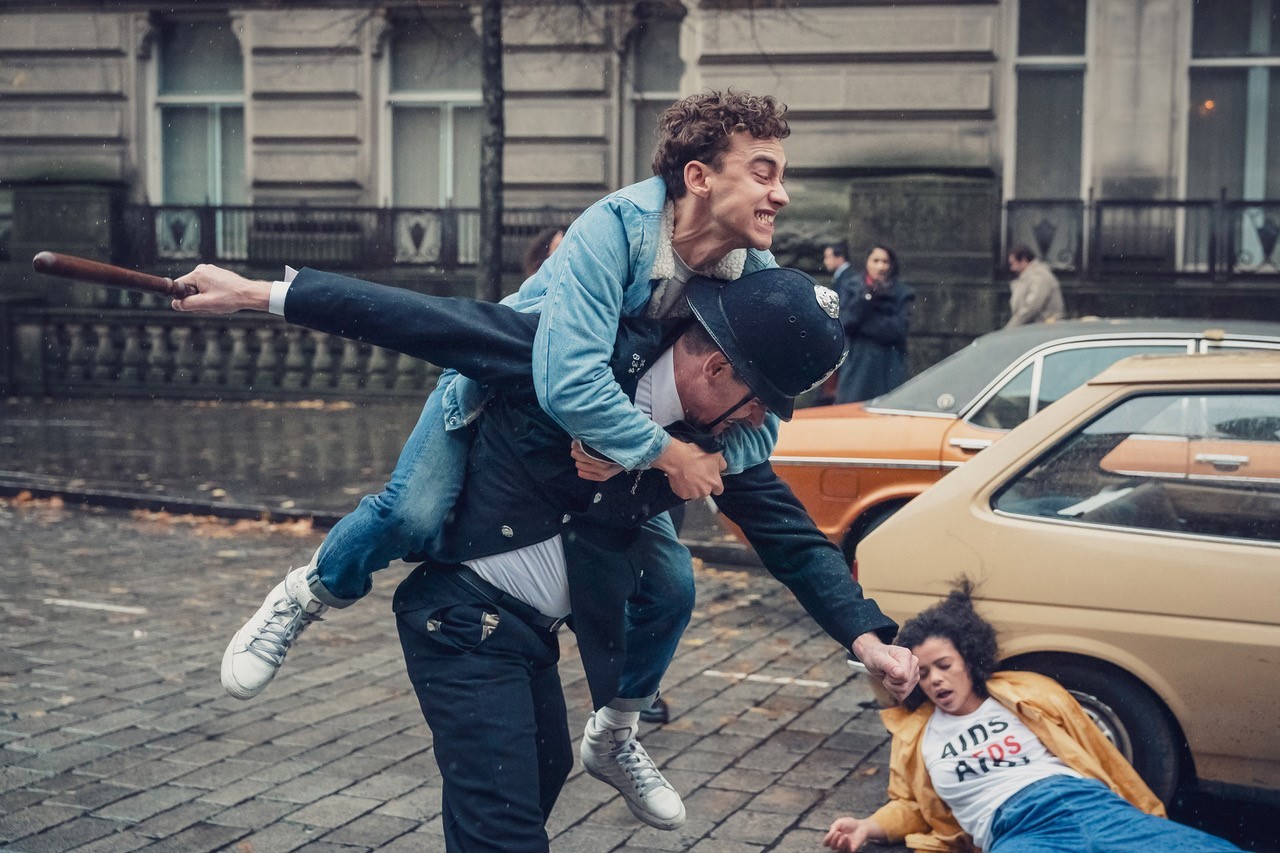 Leading independent distributor all3media International has announced pre-sales for the premium title, It’s A Sin. Produced by RED Production Company (a STUDIOCANAL company), It’s A Sin will make its debut with commissioner Channel 4 in the UK and play exclusively with co-producer HBO Max in the USA. The five-part drama also heads to Europe, Asia, North America, Latin America and Australasia in early pre-sale deals.

The show is written and executive produced by Primetime Emmy nominated writer Russell T Davies (Queer as Folk, A Very English Scandal, Years and Years) with Nicola Shindler (Happy Valley, The Stranger) also executive producing. The 1980s set series is fronted by a cast of established and rising talent and explores friendship and love during the 1980s AIDS crisis.

All3media International presales see a continuing relationship with Warner Media for the series, with HBO Europe covering Scandinavia, Central and Eastern Europe, Portugal and Spain and HBO Latin America, the broadcaster’s South American feed, taking the title to territories including Brazil, Uruguay and Venezuela. Amazon Prime Video has acquired the series for Canada.

Audiences in Australia will see the series arrive exclusively on streaming service Stan and a deal in New Zealand sees the show being acquired for TVNZ. RLJ Entertainment also has home entertainment rights for ANZ.

In Asia, Korean streaming service WATCHA has taken rights in the territory, marking its first deal between the platform and all3media International.

In other European territories, leading French platform Canal Plus has taken TV Rights in France, whilst NPO has pre-bought for the Netherlands with RTBF taking rights for French Speaking Belgium. Amedia will broadcast the series in Russia and CIS. Dazzler Media has taken DVD rights in the UK and Ireland.

It’s A Sin explores the lives of Ritchie (Alexander), Roscoe (Douglas) and Colin (Howells) as they embark on a new life in London at the beginning of the 1980s. Strangers at first, these young gay lads, and their best friend Jill (West), find themselves thrown together, and soon share each other’s adventures. But a new virus is on the rise, and soon their lives will be tested in ways they never imagined. As the decade passes, and they grow up in the shadow of AIDS, they’re determined to live and love more fiercely than ever.

Louise Pedersen, CEO of all3media International commented, “We are delighted to be working with RED Production Company on this poignant drama along with Channel 4 and HBO Max. Russell T Davies is renowned for telling amazing stories and Nicola Shindler is known for producing high quality drama. Together they have created a compelling and influential series which tackles an important part of history, and we’re looking forward to bringing it to the international market.”

Nicola Shindler, Executive Producer, said; “It’s A Sin is a very British story but the AIDS epidemic was global, and I think audiences will resonate with the poignant story of love, friendship and the highs and lows during this period of time, told through engaging and complex characters. Led by a charismatic young cast, with Russell’s trademark powerful storytelling that makes you laugh and cry in equal measure, I’m incredibly proud of It’s A Sin. And through working with all3media I’m really happy that our show has found a home in so many territories around the world.”