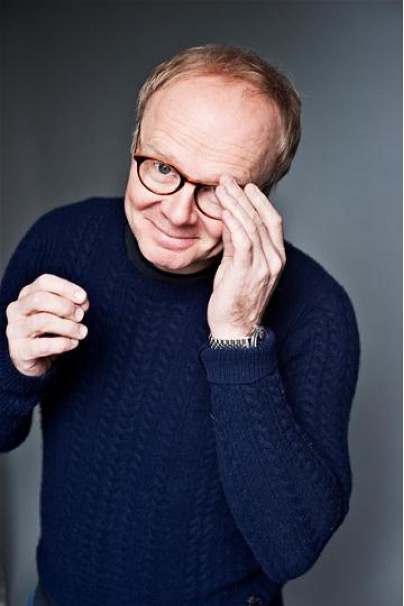 Anansi Boys follows Charlie Nancy (Malachi Kirby), sometimes known as Fat Charlie (it was his father’s nickname for him – he’s not fat), is a young man who is used to being embarrassed by his estranged father. But when his father dies, Charlie discovers that his father was Anansi: trickster god of stories (played by Delroy Lindo). And he learns that he has a brother. Now that brother, Spider (also played by Kirby), is entering Charlie’s life, determined to make it more interesting—but making it a lot more dangerous instead.

Anansi Boys is set throughout contemporary London and follows an exciting cast of characters in an epic story that stretches from the UK to Florida, the Caribbean, and the mythical World Before Time.

Neil Gaiman, co-showrunner and EP says: “The sheer amount of acting talent on Anansi Boys, is such that I keep pinching myself to make certain I’m not dreaming it. I can’t wait until the world sees what we’re making!”

Hanelle M. Culpepper, director and EP commented: “It’s such a thrill to work with this cast whom I have long admired. Each one brings so much magic to the screen and life to the story.“

The cast announced today rounds out the world of Charlie in London and Florida, and includes:

• Jason Watkins (The Crown, Des, W1A) has been cast as Grahame Coats, a successful theatrical agent and self-made man. He’s Charlie’s boss. Obviously not a crook, and definitely not the sort of man who would resort to murder to cover up his crimes…
• Fiona Shaw (Harry Potter, Killing Eve, Baptiste) joins as Maeve Livingstone, a retired dancer and widow of famed comedian Morris Livingstone. Maeve suspects her late husband’s agent, Grahame Coats, of embezzling from them. She is going to be taken on an unexpected journey of self-discovery.
• CCH Pounder (NCIS: New Orleans, Avatar, The Shield, ER) will play Mrs. Higgler, the matriarch of her clan, an old family friend of Charlie’s. She knew Charlie’s father when she was a girl and knows the secrets that Mr. Nancy has been keeping from Charlie. She lives in Florida, but her heart is on the Island.
• L. Scott Caldwell (Lost, The Fugitive) takes on the role of Mrs. Dunwiddy. She’s 104 years old, and a bit of a witch. She knows all the local secrets and may have been responsible for more than anyone suspects.
• Joy Richardson (The Unlikely Pilgrimage of Harold Fry, Small Axe – Red, White and Blue, The Long Song) has been cast as Mrs. Bustamonte, Mrs. Dunwiddy’s sidekick in the kitchen—and in the world.
• Lachele Carl (Wednesday, The Honorable Woman, Doctor Who) will play Miss Noles, the youngest of the Floridian Weird Sisters. She also pickles a mean cow’s foot.