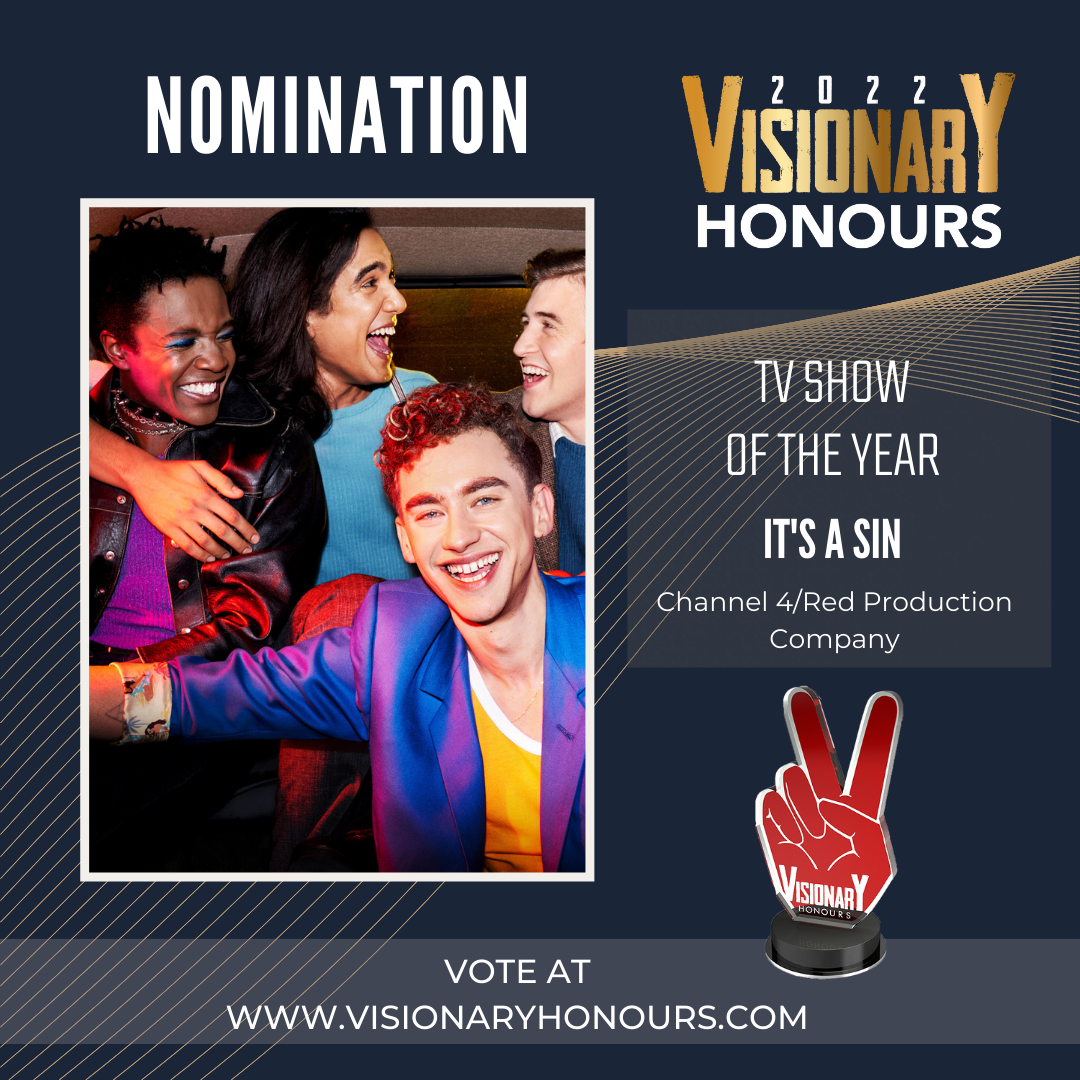 It’s A Sin nominated at the Visionary Honours Awards

It’s A Sin has been nominated at the 2022 Visionary Honours Awards. Votes can be submitted via the Visionary Arts official website and voting is open until 6th February.

The show is one of the 6 nominees for TV Show of the Year alongside Dreaming Whilst Black (BBC3), Eastenders (BBC1), I May Destroy You (BBC1), Sex Education (Netflix) and Stephen (ITV)

The Visionary Honours are the UK’s only awards show dedicated to celebrating social impact through popular culture and the arts, including celebrities, influencers and community workers who have inspired change. The third edition of the awards will highlight people and works created both nationally and internationally, during the last 18 months

From diversity and inclusion, to mental health awareness and the climate crisis, the Visionary Honours showcases that people can create a positive change through film, television, music, literature, podcasts, theatre and their social media platforms.