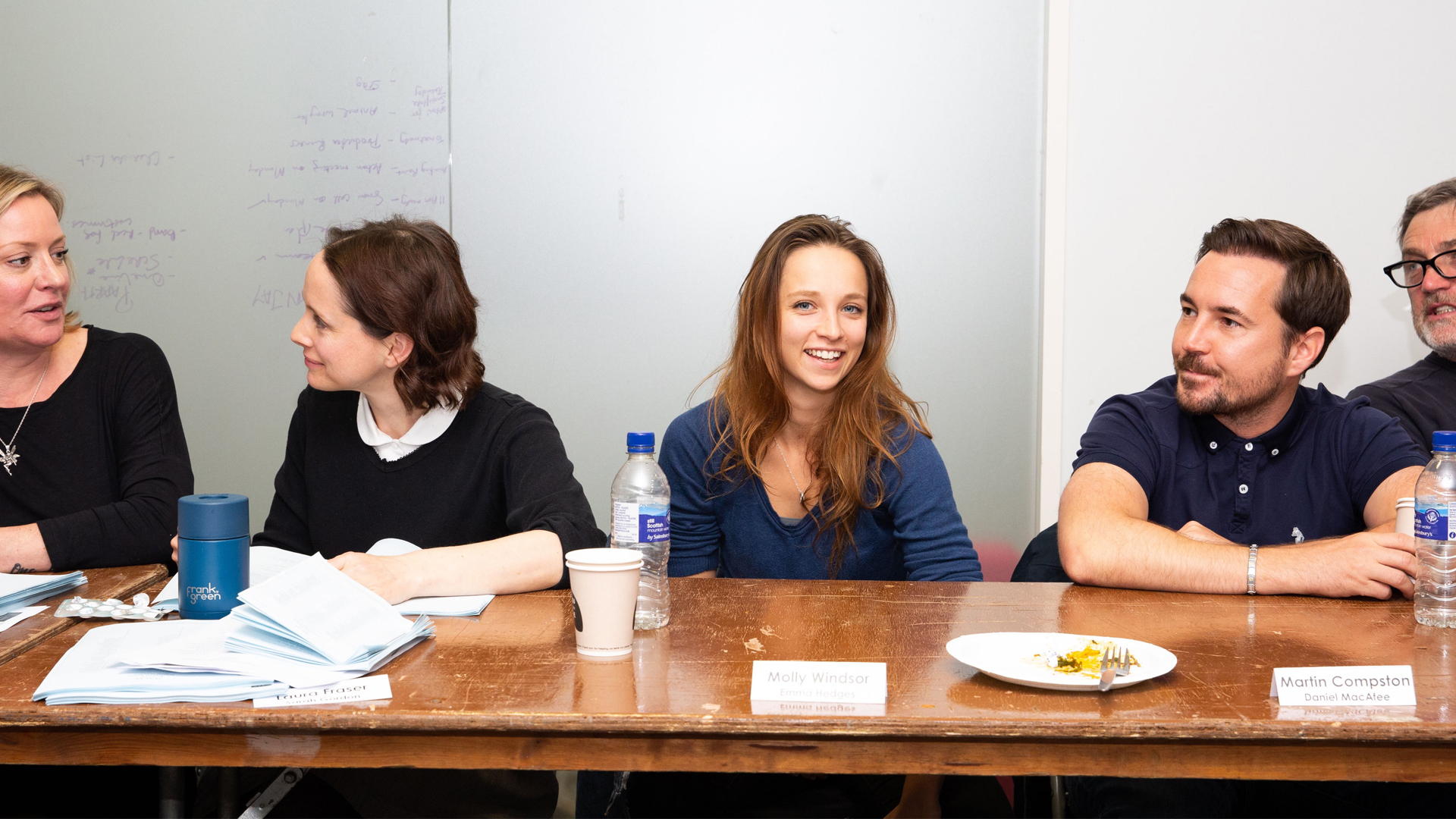 Alibi confirms an award-winning cast for its first UKTV Original, including Molly Windsor (Three Girls, Cheat), Laura Fraser (The Missing, Breaking Bad) and Jennifer Spence (You Me Her, Travelers) with Line of Duty star Martin Compston.

Traces is a suspense-filled crime thriller based on an original idea by best-selling crime writer Val McDermid (Wire In The Blood, A Place Of Execution) and set in the world of forensic science in Dundee, Scotland. The series explores the world of SIFA, the Scottish Institute of Forensic Science and Anatomy and introduces us to three compelling and very different female characters – Emma Hedges (Molly Windsor), Prof. Sarah Gordon (Laura Fraser) and Prof. Kathy Torrance (Jennifer Spence) – who together will use the rigors of forensics to uncover the truth about an unsolved murder case.

When 23-year-old Emma (Windsor) returns to Scotland to take up a new position as a lab assistant at SIFA, she signs up to a MOOC – Massive Open Online Course – which teaches the principles of forensic science. But she soon discovers that the fictitious case study has a strikingly similar and shocking link to her past. As Emma’s sleuthing takes her into darker corners and unpicks more and more secrets, it becomes clear that she should trust no-one. It will be Sarah (Fraser) and Kathy’s (Spence) exacting minds that reward Emma’s faith in the science that has fuelled her imagination and who will ultimately bring a killer to justice.

A 6 part thriller by Scott & Bailey writer Amelia Bullmore, based on an original idea by writer Val McDermid.