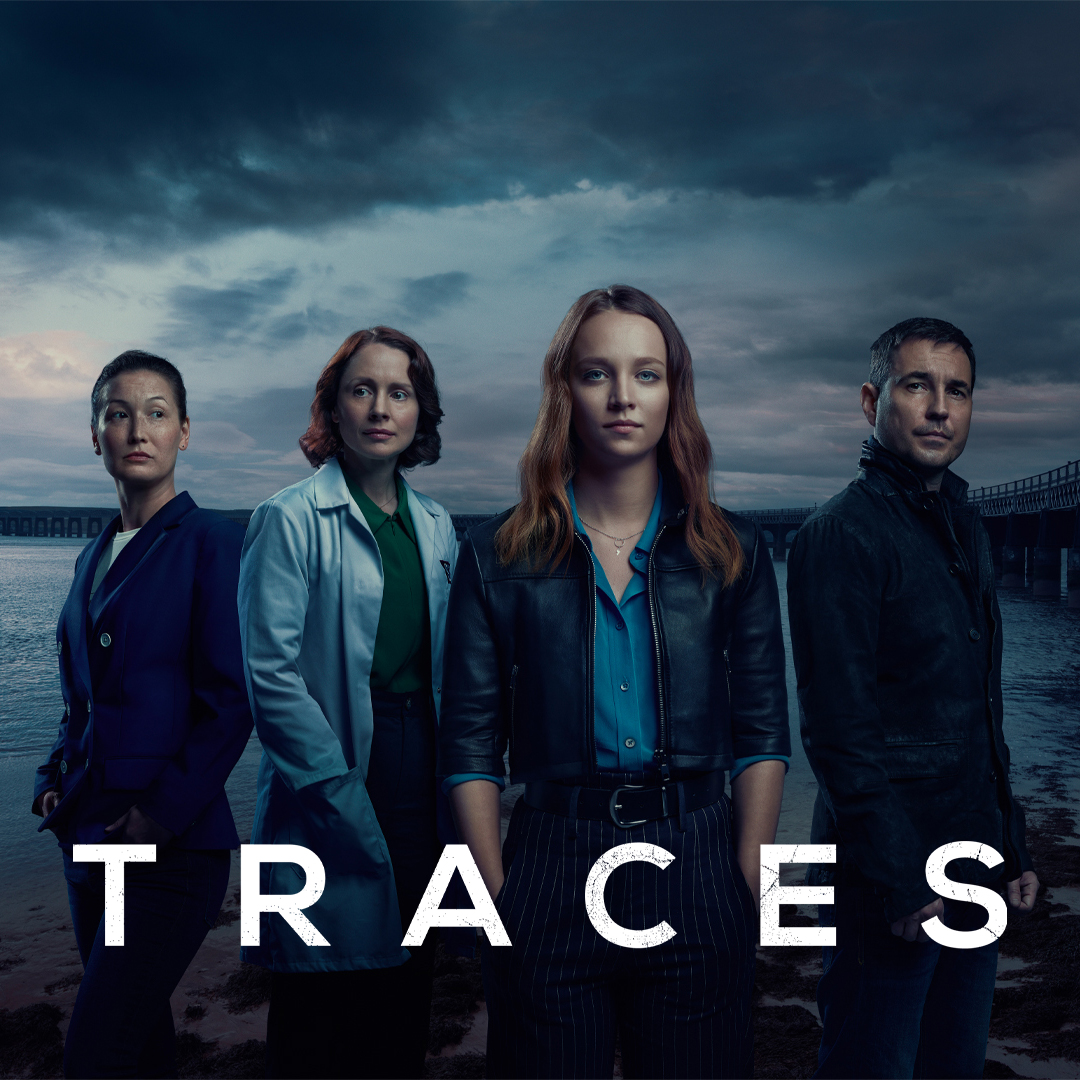 Traces returns to Alibi for a second series later this year and will see Molly Windsor (Make Up, Cheat) reclaim her role as Emma Hedges, alongside Martin Compston(Line of Duty, The Nest) as Daniel Macafee, Laura Fraser (The Pact, Better Call Saul) as Prof. Sarah Gordon, Jennifer Spence (Trigger Me, You Me Her) as Prof. Kathy Torrance and Michael Nardone (The Night Manager, Guilt) as DCI Neil McKinven.
Produced by RED Production Company (It’s A Sin, Years and Years) for UKTV and BBC Studios Distribution, the suspense-fuelled thriller was based on an original idea by best-selling crime writer Val McDermid where forensic science takes centre stage. Amelia Bullmore returns to write the second series with Jess Williams (Grantchester, Call the Midwife). Nicola Shindler (It’s A Sin, Happy Valley) will executive produce, alongside RED’s Michaela Fereday (Finding Alice, Scott & Bailey).
Set in Scotland and exploring the world of SIFA, the Scottish Institute of Forensic Science, series one introduced Emma Hedges (Windsor), Prof. Sarah Gordon (Fraser) and Prof. Kathy Torrence (Spence) who together used the rigors of forensic science to uncover the truth about the murder of Emma’s mother.
Series two will continue to delve into the world of forensic science, as the women of SIFA carefully analyse traces of evidence to help get to the bottom of who’s behind a series of cruel bombings in Dundee. The city is on edge as the pressure rises to identify the mystery bomber before the next bomb goes off.
The first series of Traces recently aired on BBC One, with the first episode achieving an audience of 6.7 million viewers. BBC Studios, the international distributors of the series, have brought series one to audiences far and wide across 20 territories so far, including the United States, Australia and New Zealand, Iran, Japan through to Finland.
The new series of Traces joins an ever-growing slate of scripted dramas for Alibi, including the recently announced -Annika-, starring Nicola Walker, The Diplomat, produced by World Productions, and a second series of We Hunt Together, produced by BBC Studios.