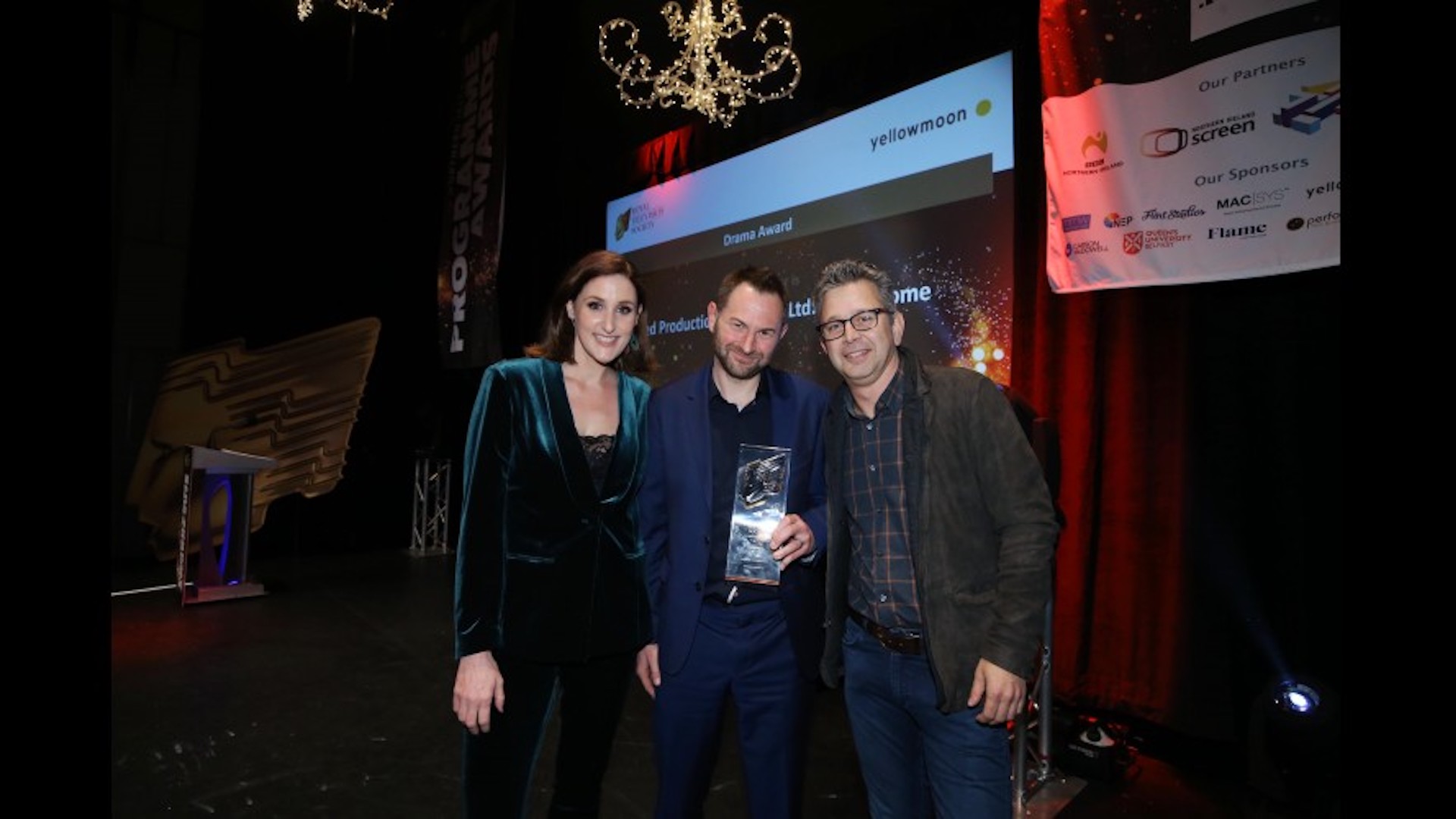 Come Home, set and filmed in Belfast, starred Christopher Eccleston and Paula Malcomson as Greg and Marie, a married couple rocked by Marie’s decision to leave their family. We had a great experience filming the show in Belfast, so to receive this award is incredibly special.

Congratulations to Danny, who accepted the award at the Belfast ceremony, and to the rest of the cast and crew of Come Home on another well-deserved award!

Come Home and Safe each receive an award.

The BBC drama is in the running for Best Drama.