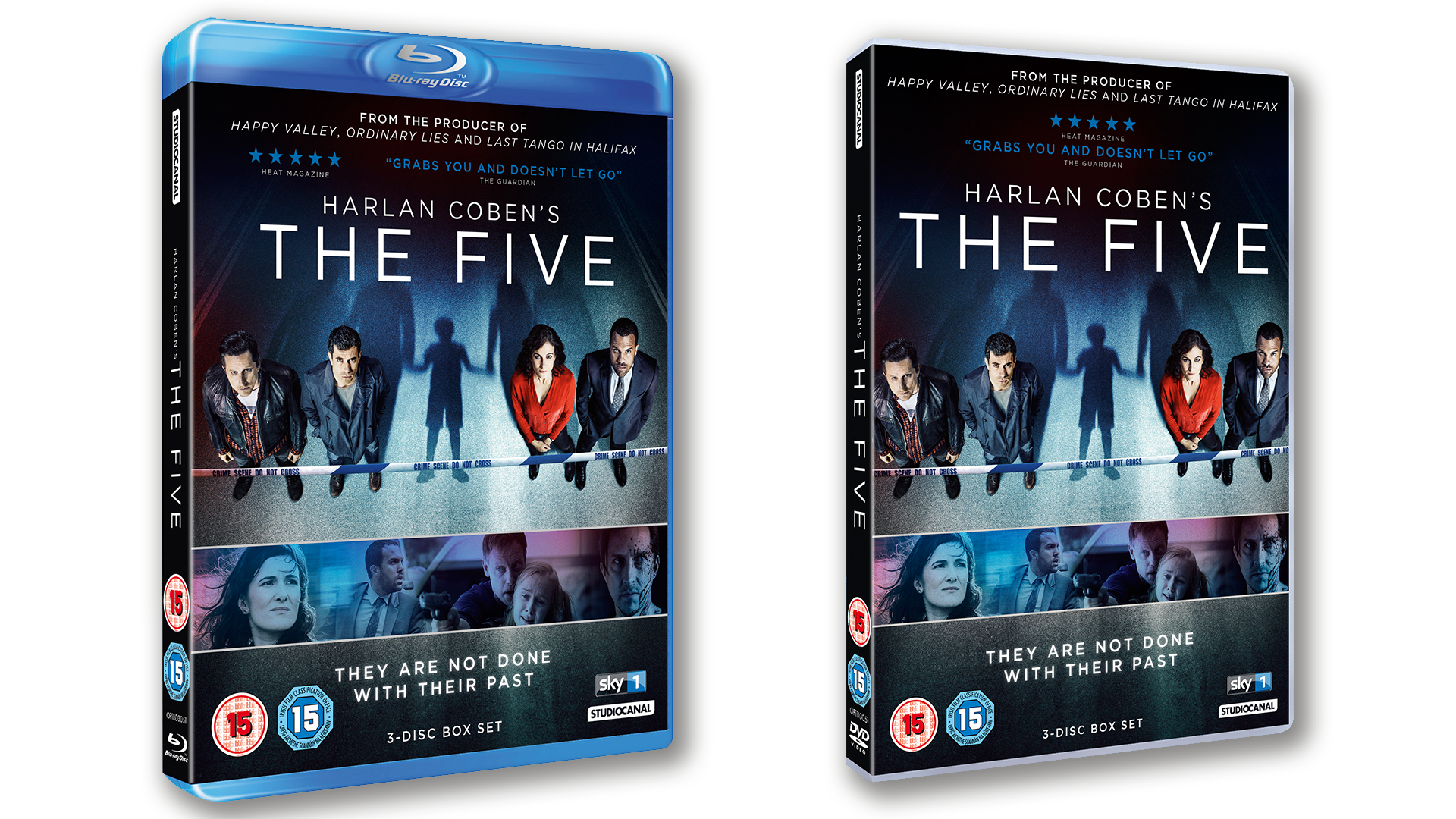 The Five, a ten part crime thriller created by renowned author Harlan Coben, will be released on DVD, Blu-ray and digital download on Monday 4th July and is available for pre-order now on Amazon.

When they were five years old, Mark, Pru, Danny and Slade were out together in the woods. Mark’s five year old brother Jesse was bothering them. They told him to get lost. Jesse ran away. He was gone. Never seen again. Twenty years later, Danny – now a detective – learns some shocking news. Jesse’s DNA has been found at a murder scene. He is alive and out there. Somewhere.

The Five first aired on Sky 1 earlier this year and was an instant hit with audiences. Boyd Hilton of Heat declared the show to be ‘absolutely riveting from the very start,’ while Michael Hogan of the Daily Telegraph described Harlan Coben’s first original story for television as ‘a compelling thriller with a killer premise.’

Click here to pre-order The Five on DVD and Blu-Ray.

The past is not done with them.